Of the many factors that led to the Industrial Revolution, two of the biggest and most significant were the Embargo Act of 1807 and the War of 1812. President Thomas Jefferson set the Embargo Act of 1807 during the Napoleonic Wars. During the Napoleonic Wars, Britain's navy had seized Americans and their cargo to help with their war. In the Chesapeake area, Britain's navy opened fire when they weren't allowed to search one of America's ships. At the time, America was neutral. Despite protests, Britain continued. Later on, they resorted to impressment, forcing American sailors into their army. Thomas Jefferson  issued the Embargo of 1807 as a general embargo, restricting trade with all foreign countries, particularly Britain and France. He had hoped that this embargo would devastate Britain and France's economies because they would not receive American goods anymore. He had hoped this would persuade them to respect America's neutrality and stop impressment.

However, the embargo did exactly the opposite. Britain and France's economies continued without any problems. They were unaffected by the embargo. The United States, on the other hand, was devastated. Its economy suffered. There was high unemployment, bankruptcy, and loss of profits. Lack of trade with foreign countries limited their lives because they had to live without many foreign products. With no foreign goods, the people of the United States had to resort to other options -- producing their own goods. 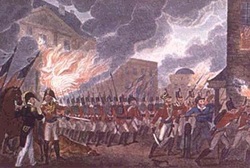 After the war, everyone began to realize that the United States needed to improve. It showed that they needed a better transportation system and economic independence. Before the war, America greatly relied on foreign countries. Its economy could not prosper without foreign goods. After the War of 1812 and the lack of foreign goods due to the Embargo of 1807, America needed to manufacture its own goods. It needed to be able to support itself. It needed economic independence. 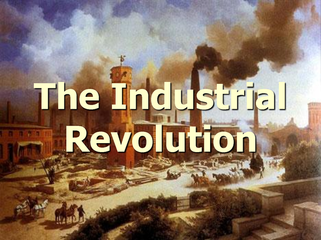 The Embargo Act of 1807 and the War of 1812 were the springboard for the Industrial Revolution. The Embargo Act of 1807 forced the United States to manufacture their own goods because they would not be able to trade for foreign goods. The War of 1812 revealed the necessity for a better transportation system, economic independence, and independent markets. After both of these events, Americans began to produce their own goods. They began to think of innovative, efficient ways to improve the economy. They began the Industrial Revolution. 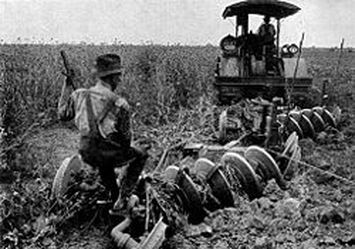 What effects did a revolution as big as this leave behind? How did it change the lives of the people living in the United States?

One of the most significant results of the Industrial Revolution was the emergence of the middle class. As goods became cheaper because of the cheaper and more efficient production of goods, people could buy more of the good. They could buy everything they needed, and would have some money left over. The middle class was made up of managers, clerks, accountants, retailers, and anyone with a decent job at the time. The middle class had enough money to spend on leisure goods, rather than only buying what they needed to live.

As mentioned previously, production increased exponentially. More factories were built as efficient machines were invented. With machines that could mass-produce and a plethora of workers, factories could now produce much more than they could have before.

Transportation and communication were drastically changed as well. Transporting goods, which used to take weeks, even months, now took days with steamboats, roads, canals, and railroads. Communication, which also took a long time to pass, could now be sent back and forth almost instantly. There was no time-lag anymore. Everything took place at a faster pace.

Lastly, as technology increased the efficiency of farming, farmers could now yield more crops than ever before. This led to a surplus in food. With more food, fewer people died of hunger. People in the United States began to live a little longer and population greatly increased as the number of deaths decreased.